Lately I have had no interest in checking my blog or getting on my computer. It’s boring and too time consuming, but here I am writing a new post on it anyways.

So school is coming up, and luckily my family vacation is the week before school starts. Which means I’m going to the beach next week. I wish we could leave now. This is going to be a long week. Also, on Tuesday I have to go to my school orientation and for some reason the teachers requested that the parents not be there. I find that so weird.

I hope all of you had a great weekend

Living, Breathing, and Surviving, and Coping with Mental Illness

—-Makes me think and realize that there will always be someone in my life who is negative and for every negative person there is a positive person.  No, not everyone hates me — as the…

yesterday, my mom asked me to pull the weeds out of the garden in the front yard. so I went outside with my sister and we started ripping them up, and I spotted the mailman walking down the street. I immediately got extremely nervous because I knew I’d have to talk to her. for about 20 minutes I kept looking over my shoulder because I was so nervous that I had to talk to her.

I have been told by many of my old therapists that I have really bad social anxiety. even my current therapist and psychologist told me I do. I really hope that I can overcome my anxiety before school starts, or at least be able to control it really well. I want to do great in school. I’m going to get all A’s & run track. I’m worried that I’ll let my anxiety get the best of me and I’ll back out at the last second, but I really want to play a sport. I’m positive that track is the one for me. I have long legs and lots of endurance. all that I have to do is run a lot!

I’m starting at a new school this year, and I’m not nervous one bit. I’ve transferred schools about 4 or 5 times & it always starts off bad then gets better. I’m prepared for anything, I think.

For the next 3-4 weeks til school starts, I’m going to run as much as I can because I wanna be the best at what I do. I really hope I can achieve my goals! I believe that I will.

hope all of you have a wonderful Friday & a fantastic weekend☻

for some reason, last night i decided i wasn’t going to take my medicine because i’ve been having dreams every night and it feels like when i dream, i don’t sleep hardly at all.

when i woke up this morning, I was in the worst mood ever. I felt achy everywhere, i had a huge headache, and i was being really rude for no reason. I also couldn’t stop shaking & all I wanted to do was cry. I was so exhausted. the worst part is, even though i didn’t take my medicine, I still had dreams! it’s ridiculous.

I saw my new psychologist yesterday and from the looks of it, I will be on medication for awhile. i’m now well aware of the symptoms when i don’t take my medicine.

I hope I feel much better tomorrow

I didn’t know what

now I do thank you

As everybody knows it’s tax free weekend, which means school shopping. I was aware that I would have to get bigger sized clothes because of my weight gain but I didn’t think it would be too drastic. I was terrified of not being a 0 anymore, and I wasn’t even close to that.

The worst thing about recovering from an ED is the weight gain. I’ve gained about 20-25 pounds in the past few months and I absolutely hate it. I hate shopping for myself now, and I can’t blame anybody else because it’s my entire fault. I started a horrible habit and ruined the way I see and dress myself.

For all of you who don’t like the way you look, exercise. Get up and do something physical. I still hate myself for starting the habit, because I still think about. Shopping leaves me in grief, but thankfully I have my mom to just do it for me.

I hope you’re all having a great weekend 🙂 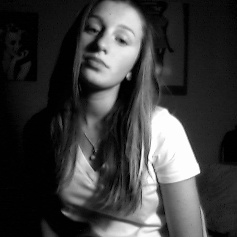 Nobody chooses to have depression. Depression can control your mood, thoughts, emotions, and actions. What I wanted while I was at a low point was to feel something. I wanted to be in control of something. My mind was taken over, along with my actions. I would constantly shut down, sleep, or self-injure. I was miserable and didn’t want help because I was terrified of change. However, I ended up getting caught.

I was immediately forced into treatment, put onto a ton of medications, and started onto recovery. Not only does depression have side effects, but so does the medication the psychologist puts you on! It causes weight gain, increased depression, insomnia, increased appetite, abdominal pains, jittery feeling, drowsiness, and more. So, not only do you get stuck with a disorder, but now you have to deal with a bunch of other problems caused by medication. The worst part is, now you’re relying on a medication to make you happy. It terrifies me knowing that one day I will be taken off my medication, but it has to happen eventually.

Months passed, and I was already recovering. Then, I realized that I had to deal with a lot of random triggers. When my therapist told me I needed to identify positive coping skills, I thought that was the dumbest thing I had ever heard. I told myself, “All the other teens my age don’t have to do this, so I’m not.” What I didn’t realize was that throughout my depression, I was using coping skills. They were obviously negative ones, but everyone has coping skills that they don’t even realize they have.

Overall, depression is unfair, but once you identify the main reason you’re feeling so down, you face it. The more cooperative you are throughout treatment, the easier recovery is.

I guess the point of this is to point out that depression is not entirely your fault and you can get through things if you really work towards them!!

Hope everyone is having a great day 🙂

I had my counseling at 10 this morning and it went great! I really enjoy my therapist and his advice. It’s very helpful.

Im so glad I finally found the right therapist and can continue to have the same one for a long time.

hope everyone is having an amazing Saturday